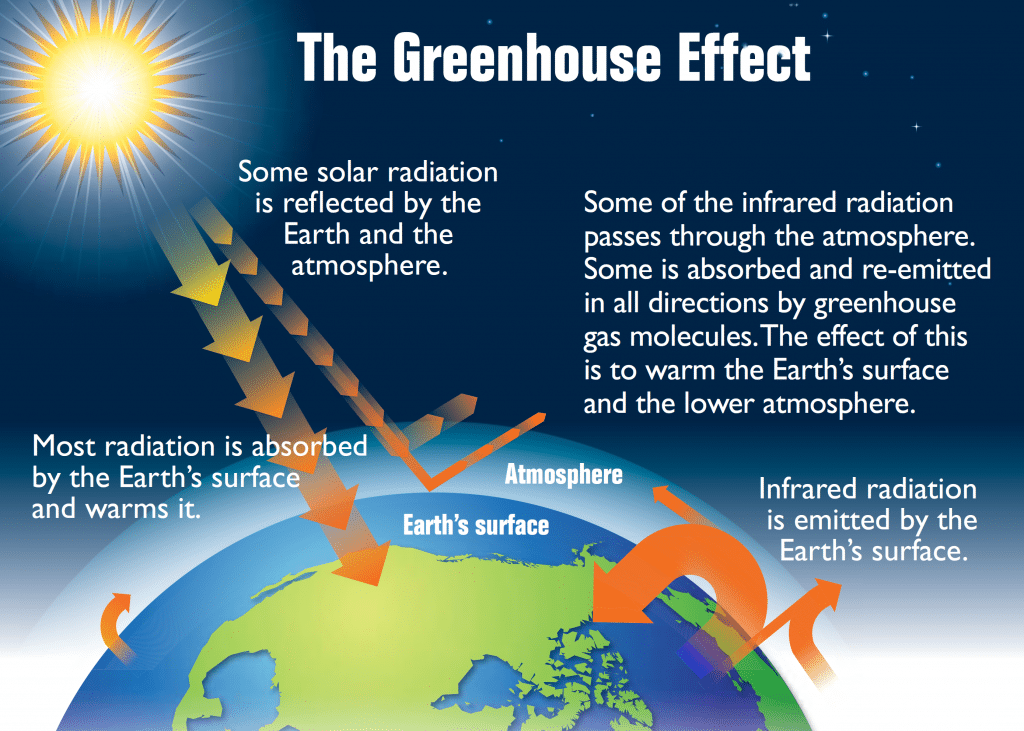 Almost all of the energy in Earth’s atmosphere comes from the sun.  Radiation is the transfer of energy by electromagnetic waves. This is energy that can travel through space.  About 99% of radiant energy from the sun that reaches Earth is either visible light, infrared radiation, or ultraviolet light.  The majority of sunlight is visible light in the form of a mixture of all the colors you see in the rainbow.  Infrared radiation is a form of energy with wavelengths longer than visible light, and it is not visible but can be felt as heat.  The sun also gives off ultraviolet light, which has short wavelengths and can break chemical bonds.  As sunlight enters the atmosphere, it is converted to infrared radiation and is trapped by gases in the air called greenhouse gases. This is a natural process to regulate temperature on Earth, which is one of the most important elements of weather.  These gases create a blanket around Earth, which is called the greenhouse effect. 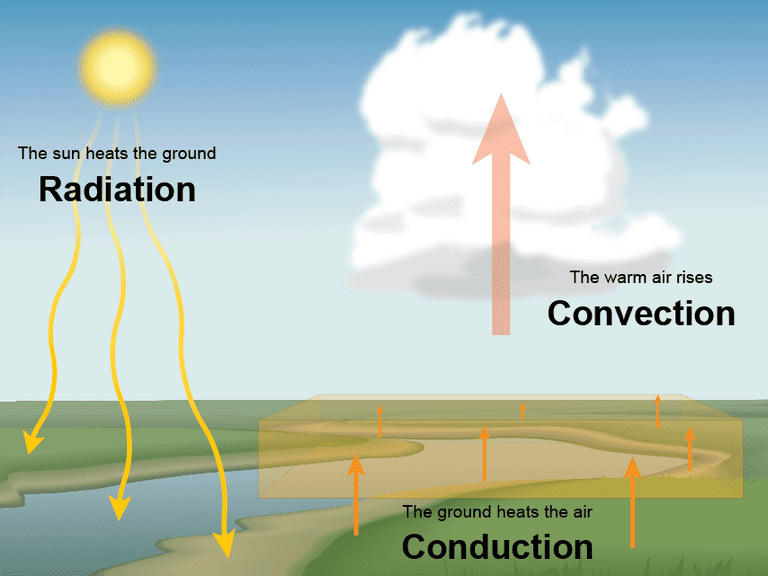