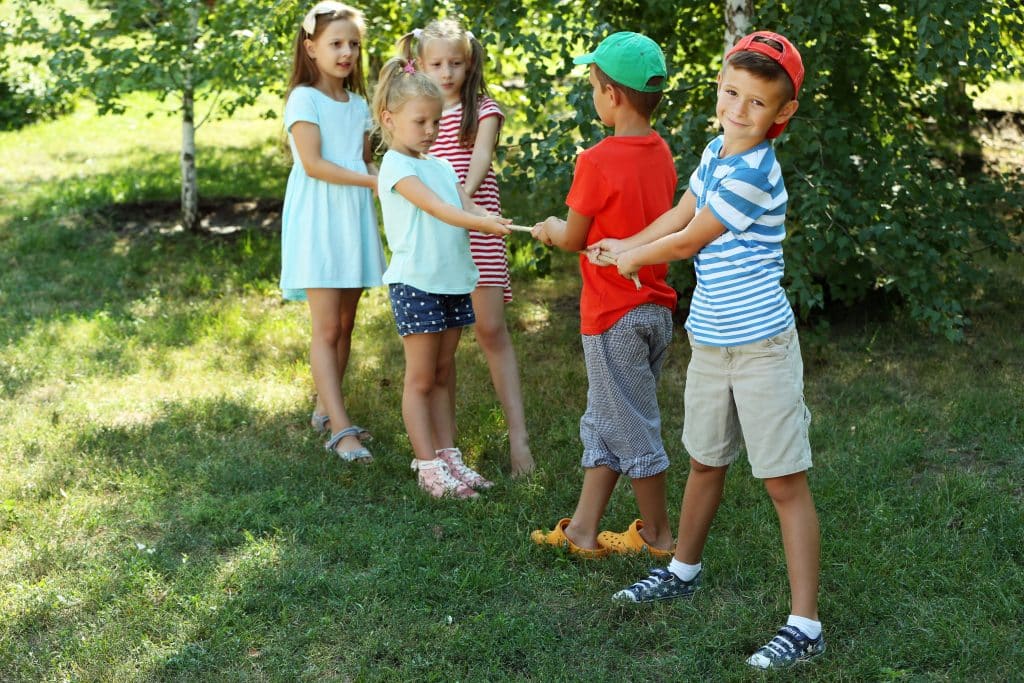 A force is a push or pull applied to an object.  When force is exerted on an object, it can cause the motion of an object to change.  A downward force can keep something anchored to the ground, whereas an upward force can lift something into the air.  When two or more forces act on an object at the same time, the forces combine to form a net force. 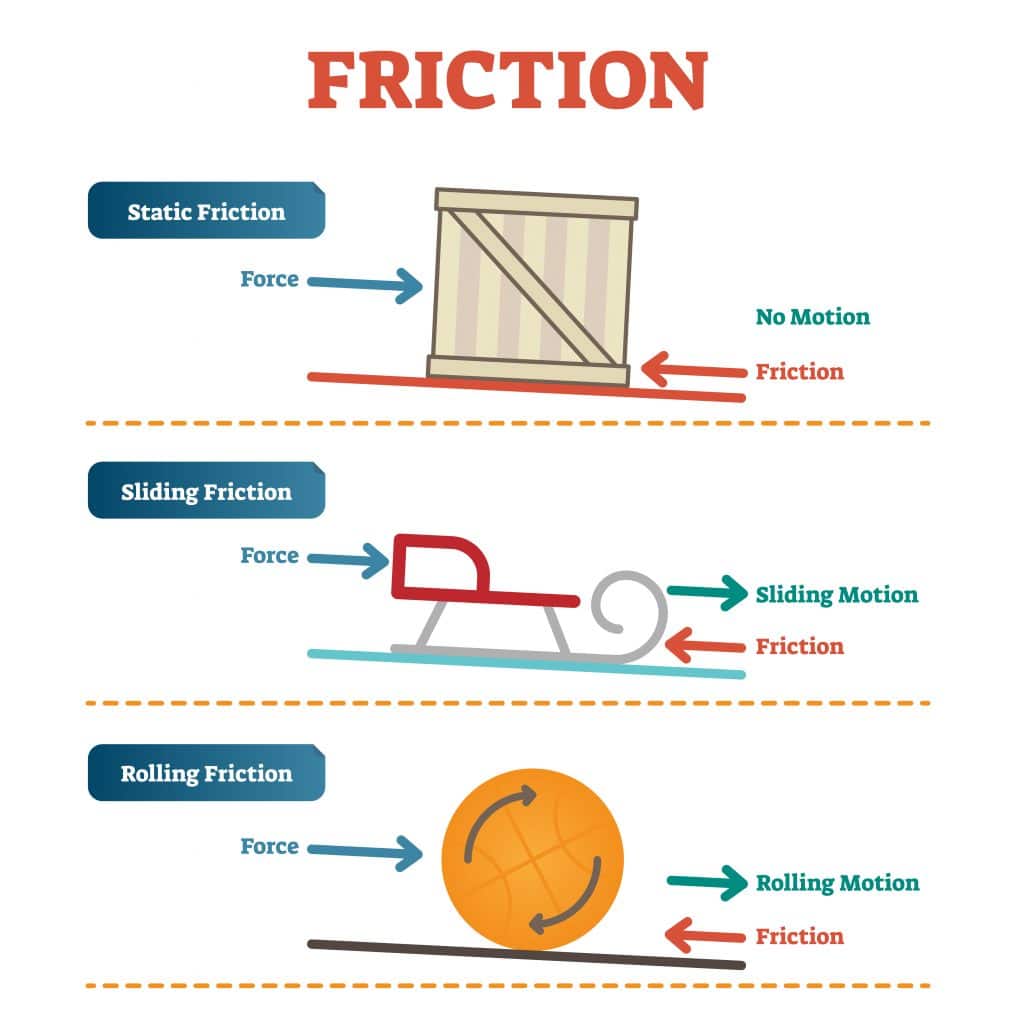 Friction is the force that opposes the sliding motion of two touching surfaces.  Friction is caused by microscopic bumps on surfaces called microwelds.  There are four types of friction.  Static friction is friction that does not involve two surfaces moving past each other.  The pushing of a fridge across a floor is an example of static friction.  With sliding friction, two surfaces slide past one another, such as when you sled down a hill.  Rolling friction occurs between a rolling object and the surface it rolls on, such as a skateboard moving on the ground.  Fluid friction is when an object moves through a fluid, meaning either a liquid or a gas.  Sky diving is an example of fluid friction. 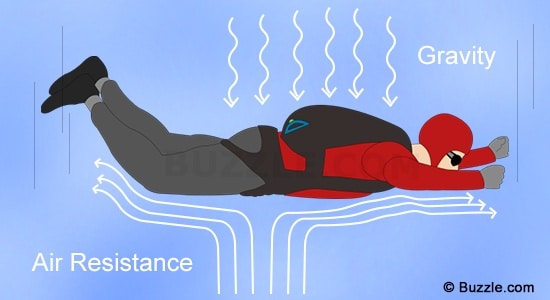 All objects don’t fall to the earth at the same time.  This is because of air resistance.   Air resistance is a friction-like force that opposes the motion of objects as they move through the air.  When an object collides with the air, the air causes it to slow down.  Whether something will move faster or slower depends on the speed, size, and shape of an object.  For example, a flat sheet of paper will fall slower than a crumpled-up sheet of paper because the flat sheet of paper collides with more air particles.