An earthquake is the strongest natural force on Earth, and it is nearly impossible to predict and impossible to prevent.  An earthquake is a vibration in the ground that results from the movement along faults, or breaks in the Earth’s crust where surfaces move past each other.  In 1906, a huge earthquake hit San Francisco and devasted the area.  Almost 30,000 buildings collapsed or were destroyed by fires.  As a result, geologists knew they needed to understand more about earthquakes in order to help predict them in the future.

Earth’s surface is made of tectonic plates that are constantly in motion.  Where these plates meet is called a fault.  Most faults occur along plate boundaries where the forces are so strong that Earth’s crust breaks.  The most widely known fault is the San Andreas Fault, which runs vertically through California and is about 600 miles long.   There are three main types of faults.  The first is a normal fault, which forms when forces pull rocks apart along a divergent plate boundary.  The block of rock above the fault moves down.  The second fault is called a reverse fault, which forms when a force pushes two blocks of rock together with the rock above the fault moving up.  The final fault is a strike-slip fault where two blocks of rock slide horizontally past each other in opposite directions. 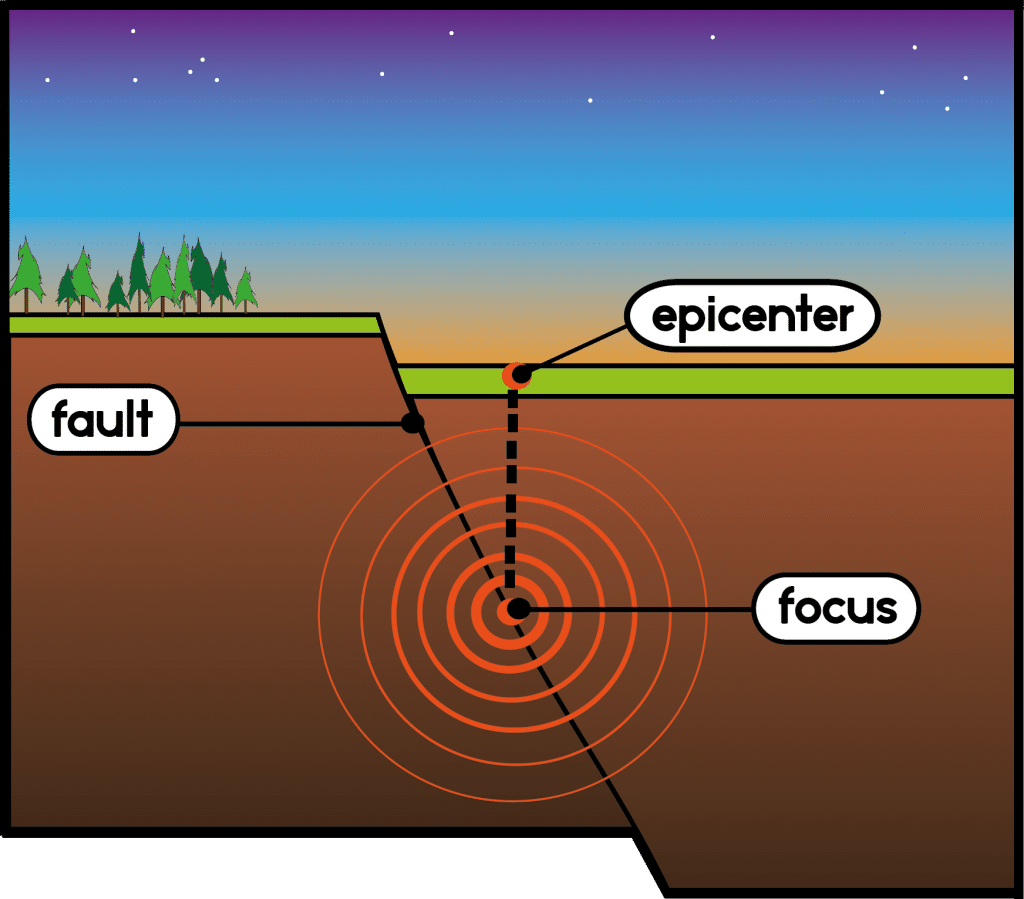 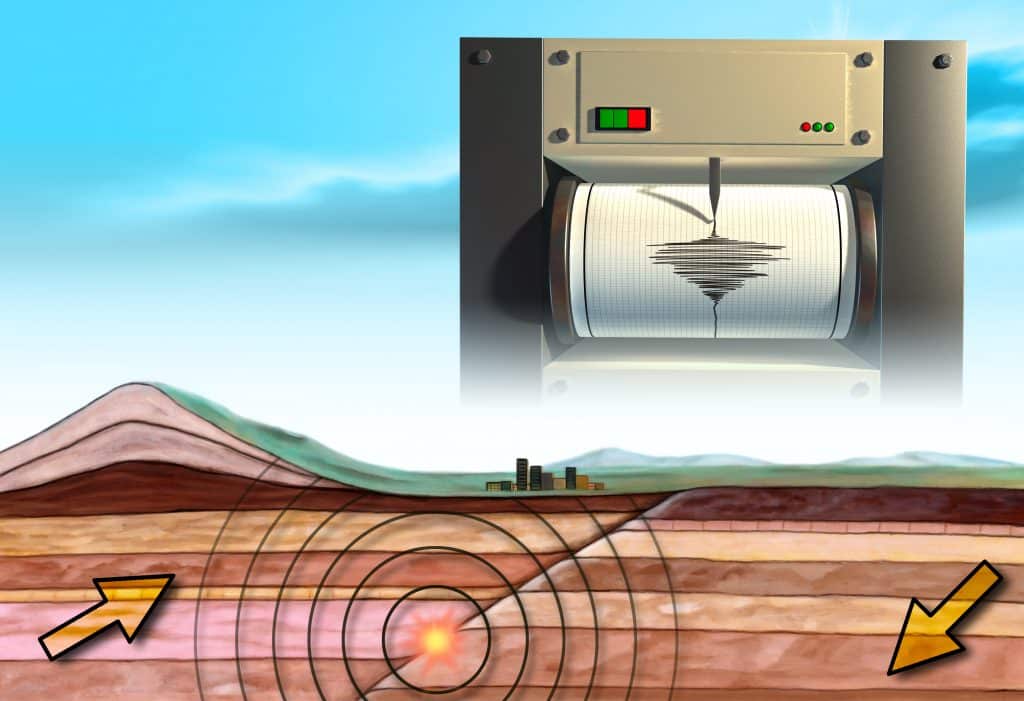 Earthquake schematic showing an earth cross-section and a seismograph.

Scientists study faults in order to predict how an earthquake may occur in the future.  They look at seismic waves, which are waves that carry the energy of an earthquake away from the focus.  There are three types of waves.  Primary waves, or P waves, are compression waves that travel through solids and liquids.  They compress and expand the material they pass through, which temporarily changes the volume. Secondary waves, or S waves, only travel through solids, and they temporarily change the shape but not the volume of the material they pass through.  They move slower than P waves.  Finally, surface waves move slower than both P and S waves, but they can produce severe ground movement with a wavelike motion.

Locating an earthquake’s epicenter is done using triangulating data from at least three different seismometers, or devices that measure and record ground motion.  They help determine the distance seismic waves travel.  In order to locate the epicenter, first find the arrival time difference between the first P wave and S wave, which is called lag time.  Secondly, find the distance to the epicenter by using a graph of lag time vs. distance, and then go from the y-axis and read down to the x-axis.  Finally, locate the epicenter by using a map scale to mark the radius on a compass.  Then draw a circle around each seismometer location to find the intersecting point.